A 'Pink Moon' will be visible this weekend. Here's what that could mean for you.

A "Pink Moon" can be seen for a few days this April.It's not actually pink.Astrologers believe it may affect your emotions.Visit INSIDER.com for more stories.

Editor's Note: Astrology is just for fun and is not supported by scientific evidence.

On the evening of April 19, a full moon will rise. It even has a nickname: the "Pink Moon."

But while this makes it sound like the sky is going to be lit up with a pleasant shade of pink, the reality might be a little bit less exciting.

The moon goes through a lunar cycle that consists of various stages and four main phases: the first quarter, the new moon, the third quarter, and finally, the full moon. Astrologers believe that the full moon has a strong effect on all of us down here on planet Earth, and each month, it signifies something new.

INSIDER spoke to astrologers to find out exactly what this Pink Moon means for all of us.

You might be wondering why this month's full moon is called the Pink Moon. Does that mean it will look pink when it rises, sort of like how a Blood Moon looks red when it rises? Unfortunately, there's a possibility that that won't happen at all. INSIDER spoke to astrologer Cindy Mckean about the meaning behind the name, and she explained that every month's full moon has a nickname that dates back to hundreds of years ago.

The Old Farmer's Almanac says the name "Pink Moon" was given by some Native American tribes after a wildflower known as herb moss pink phlox, or "wild ground" phlox, that grew during this time. The moon had other names too, Farmer's Almanac says, such as the "Fish Moon" by some coastal tribes. (It's worth pointing out that while the Farmer's Almanac does not source where it got this information, The American Indian Alaska Native Tourism Association does mention that different indigenous peoples had names for the full moon at certain times of the year.)

It's also an important factor in determining when Easter will be, according to Mental Floss. Easter is always the first Sunday after the full moon that appears after the Spring Equinox.

As for the color, Mckean said, "The Pink Moon doesn't always look pink; however. Depending on atmospheric conditions, it could look yellow, orange, or red. When the conditions are right, the moon will appear to look pinkish."

"The moon gets her name from the wildflower, ground phlox, which most rampantly spreads pale pink color flower buds like a blanket over the well-hydrated Earth," Pavlova said. "Pink is the color associated with new life, represented in often light pink buds waiting for the slow and steady warmth of the sun to turn them green through photosynthesis. The Pink Moon ushers in the energetic theme of rebirth, occurring in all forms of life."

This sentiment of new life and rebirth has a lot to do with the spring season, Mckean said.

"It signifies a blooming period of spring when life has not only emerged after a long hibernation in winter, but that it's gaining strength and vitality," Mckean told INSIDER.

Astrologers believe that every full moon has an effect on us, even if we don't realize it. "In astrology, the moon rules our emotions, cycles, and fertility, among other things," Mckean said.

According to Pavlova, the Pink Moon may affect your emotions in an even more intense way than the March full moon did.

"With this one, there is a fragility and a newness to it all," Pavlova said. "New relationships may form and new evolutions may take place. Everything is tender, raw, and fresh." 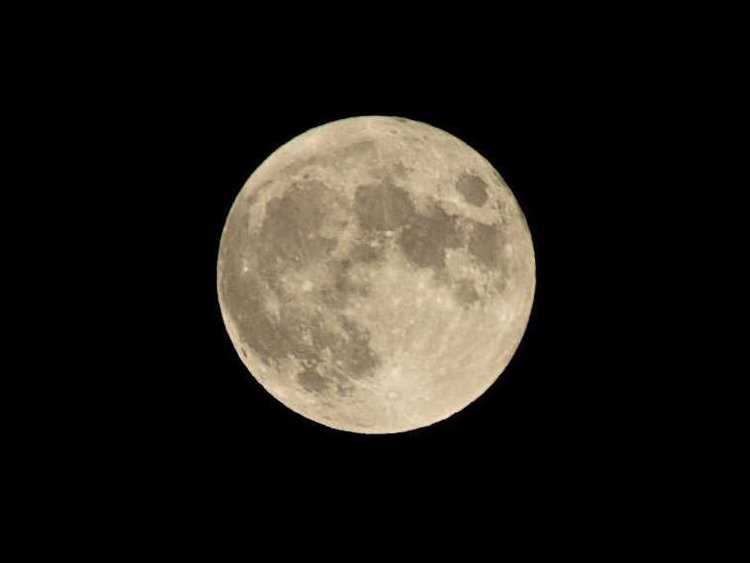 Pavlova says that this full moon is "the perfect time to reclaim and reaffirm your values and virtues." Astrologers believe you may have a heightened sense of awareness and intuition that will allow you to question your values and beliefs in a productive way.

"This full Pink Moon is a reminder of the consistent rebirth we move through in so many ways and an invitation to be an active participant in that process," she explained.

Each full moon rises in a different sign, and this Pink Moon will occur in the constellation of Scorpio.

"Full moons represent endings in astrology, which is especially appropriate in Scorpio," Mckean said. "Scorpio, being a water sign that represents will-power, self-control, and depth of emotions, among other things, means that we can finally let go of whatever has long been heavy on our heart."

Pavlova said something similar, advising everyone that this is the best time to "let go of the story that surrounds any blockages in your life and make space for growth to occur. If we hold on too tightly to anything, we restrict it from growing into its fullest potential. The more you release, the further the limit for your potential becomes."

"The moon will also be making a positive connection with the planet Saturn, the ruler of discipline, boundaries, and structure, among other things," Mckean said. This kind of positive influence means that you're going to go through some changes — but it shouldn't be something to stress over. Instead, these changes could be beneficial to you and your goals.

By now, you can see that this Pink Moon is the perfect chance to get rid of the things that are holding you back and to start something new, while accepting and embracing your full potential. This also extends to relationships you're involved in.

"With relationships, you'll finally have the strength and energy to sever those that serve you ill, thus allowing you to develop even stronger and brighter as spring reigns onto summer," Mckean said.

This isn't only an emotional and spiritual time: you'll feel inspired to get rid of all things that aren't working for you anymore.

"It's a perfect time for spring cleaning — literally getting rid of all the unnecessary dirt and cobwebs in your home, and figuratively in your life," Mckean said. "In short, celebrate: it's time for an emotional rebirth!"