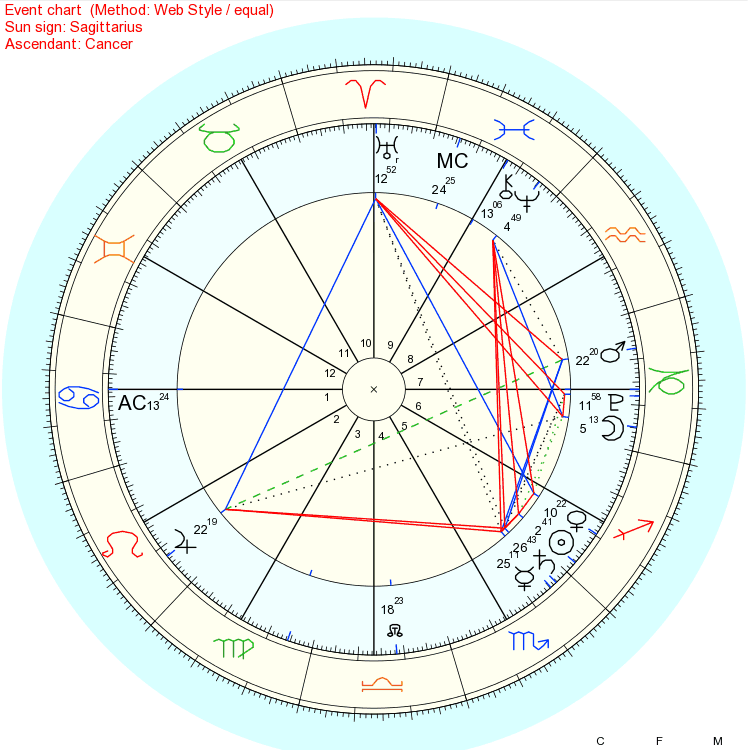 A grand jury in Ferguson, Missouri decided not to indict Darren Wilson, 28, a police officer who shot 6 bullets into Mike Brown, 18, after a provocative encounter. Mike Brown, who was unarmed by witness accounts, died. The initial fatal encounter on August 9th, 2014 sparked outrage. Protesters in Ferguson roamed the streets to voice how racism has taken over the law. Tensions rose and the police arming up with tanks didn't help matters. Nevertheless, quietness was reached as

In the mundane chart, the Sun and Saturn were conjunct Tuesday (Nov. 18, 2014) while the Sun was still in trine with Chiron. And this is when Janice Dickinson came out and shared her ordeal to add to the dozens of women who have accused Bill Cosby or rape. Of all the women so far who spoke out, Janice, got the most attention. Even though her ordeal was shared in a cold and somewhat restricted manner (she couldn't remember anything - and she shared that she wasn't allowed to s

Ebola - The Next Pandemic?

A world wide pandemic? Or a global crisis that's difficult to contain? Sometimes the sky has clues about what to expect.